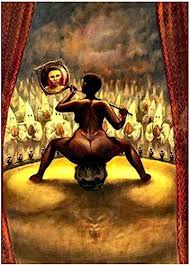 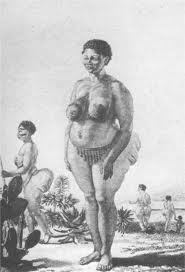 Ok so I know this new generation is so fascinated with “Twerking” first off let’s clear up the Bullsh*t “twerking” is old…no it’s extremely old..Yall should know you google everything. Look up old videos from the Ying Yang twins or 69 Boys. & it goes back even further (Doing the butt, Hey sexy sexy) anyway you get the point. Whenever white people catch on to something all of a sudden it becomes a worldwide sensation. Please.. Been there and done that. 2nd it seems like the trendy thing to do is take “ass shots” for the entire world to see. Girls are literally letting random people inject their ass with fix a flat so that they can get a bigger butt. Say what now? I mean got damn if you want a big firm butt it’s called lunges, squats, repetitious exercises that can help you get the “perfect” butt. There are a plethora of pictures of females showing their ass in their profile instagram,twitter,Facebook ect and all for the sake of attention. Well what if you didn’t have a choice on wanting your body to be put on display? What if your body or that butt you are so proud of was considered abnormal, and you were labeled as a “freak” and put on display in a freak show? Well Saartjie Baartman was.

Saartjie “Sarah” Baartman (before 1790 – 29 December 1815) was the most famous of at least two Khoikhoi women who were exhibited as freak show attractions in 19th-century Europe under the name Hottentot Venus—”Hottentot” as the then-current name for the Khoi people,and “Venus” in reference to the Roman goddess of love. When she was barely in her 20s, she was sold to London by Scottish doctor named Alexander Dunlop. Queen Saartjie was put on display for 4 years in Britain exhibited.

*Do your own independent research on Saartjie Baartman so you can obtain more information on how black women have always been looked at as sexual objects. There is nothing wrong with being sexy but you can do it without taking off your clothes, waking around half-naked or showing you ass to the world on social media sites!